So why had nurses been banned from boating on the river?  I eventually found a story in Cambridge News from April 1906; the headline was ’nurse drowns in river’.  Two nurses had hired a Canadian canoe but it overturned, one of the nurses clung to the boat and was rescued, the other was not so fortunate.

I then went back to the Board of Governors Minute books to see if I could find anything about this tragedy.  At a meeting held on 17 Apr 1906 the Matron reported ’that Nurses Aldridge and Skipworth while boating on the river Granta…had met with an accident.  Nurse Skipworth was rescued from the water, but she regretted to say that Nurse Aldridge was drowned’.  The Board subsequently passed a resolution forbidding nurses to go onto the river unless they had the Matron’s permission.

Nurse Skipworth finished her training and went on to do midwifery before coming back to Addenbrooke’s as a Staff Nurse. 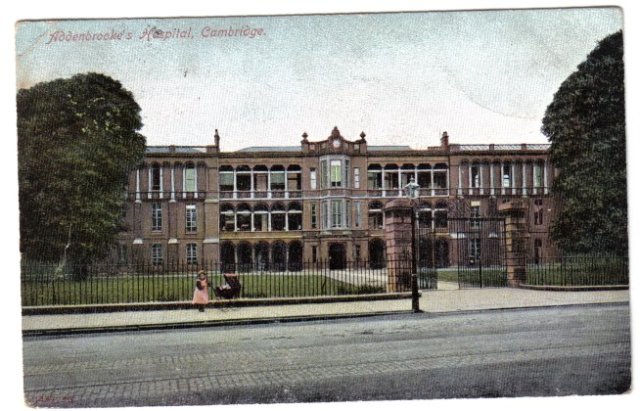