Sir George Paget, Physician at Addenbrooke’s in the 19th century,  was appointed the Regius Professor of Physic (RPP) in 1872. 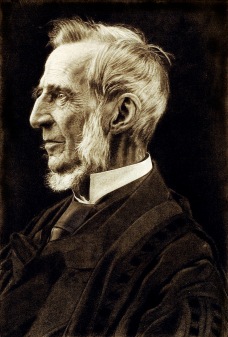 The first Regius Professor was John Blyth. He was born in 1503 in Sheffield and was admitted a scholar at King’s College in 1520.  He studied medicine in Ferrara, a city in northern Italy, he returned to Cambridge and was awarded his MD and a few years later he was appointed the Regius Professor.  The date of his death is not known.

There have been 27 Regius Professor of Physic and some have made interesting discoveries and contributions to medicine and surgery.  Francis Glisson ‘discovered rickets’.  Henry Bond introduced the stethoscope to Addenbrooke’s.  George Paget instituted bedside examinations for the University’s medical degrees.  During the 1940’s Joseph Mitchell made a significant contribution to cancer research by recommending Cobalt 60 for use in radiotherapy and on returning to Cambridge built up the research facilities and teaching paving the way for the pre-graduate clinical school.

In 2012, The Queen appointed Professor Patrick Maxwell the twenty-seventh RPP and Head of the Clinical School of the University of Cambridge – the 5th of her reign.