In the 1965-66 annual report a mention was made of a presentation of a communion set for the chapel: ‘During the year, the chapel received for communion services a silver and gilt paten, a silver wafer box and a pair of glass cruets with silver cross stoppers.  They were presented to the hospital  by Mrs Joan Bourne and her family in memory of her husband, Philip J Bourne who was Secretary to the Board from 1955-1964.’ 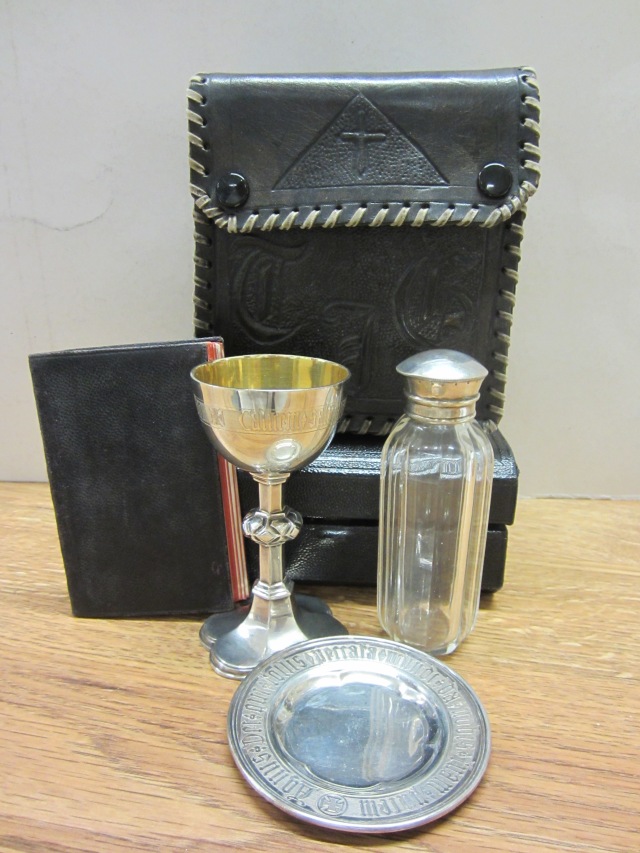 I contacted the Chaplaincy to ask if they still had the set and if it was still used today. The Revd. Derek Fraser contacted me to say yes they were still  using the set and would I like to see it? Derek also showed me a bedside communion set that they had just been given. This set belonged to the Revd. Theodore Garnett Jones who was the first Chaplain to the Hospital under the NHS.

One thought on “Communion set in use for over 50 years”