In 1898 a new theatre was built at the Hospital with the help of a donation of £1,000 from Alexander Peckover of Wisbech.  The Operating Theatre committee held a meeting to consider the matter of heating water in the theatre.   The existing system for heating the water was by heating kettles on an open fire.

It was suggested that when a new heating system for the theatre was being installed the ‘opportunity should be taken of providing an adequate supply of hot water for the whole hospital’.  This suggestion was rejected after heating experts from London had advised that the cost would be high. 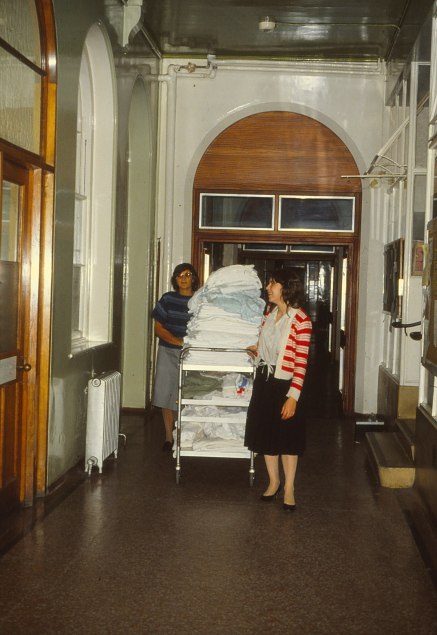 At the same time the Governors attention was drawn to the problem of the laundry, which was still being done by hand.  Eight laundry maids in succession had come to the Hospital in apparently robust health and had broken down and been obliged to leave.  Also the existing practice of airing linen in the wards at night occupied too much of the nurses’ time and was unhealthy and a fire risk.

A committee was set up to consider a proposed Steam Laundry.  The Matron with members of the Board visiting other hospitals and recommend installing a steam laundry which would provide hot water, heating and cooking pressure from the laundry boiler and would include drying closets.  One of the committee’s objections to the proposal was that the laundry could be very noisy, this proved unfounded.

One thought on “Hot water and the laundry”