In early December 2015 the Dialysis Unit moved from the Addenbrooke’s Hills Road site to its new premises off Newmarket Road.

The original Dialysis Unit moved from Douglas House to Hills Road in early June 1990 and was official opened on 16 June 1990 by Jeffrey and Dr Mary Archer.

In November 1997 a new ward and reception lounge was opened in memory of Dr David Evans.  Dr Evans came to Cambridge in 1966 to join Prof Calne and to build and run medical nephrology in close collaboration with the growing transplant unit.

Dr Evans retired in 1996 and died shortly afterwards.  His obituary in the British Medical Journal reads: ‘With David’s arrival and input East Anglia discovered nephrology. The growth and success of the department is now a matter of record and it is no small measure of his ability as a guide and mentor that East Anglia now boasts four renal units of which those in Norwich, Ipswich and Cambridge are most successfully run by his ex-trainees’.

The Kindersley plaque commemorating Dr Evans was unveiled by his widow, Janet at the official opening of the ward. 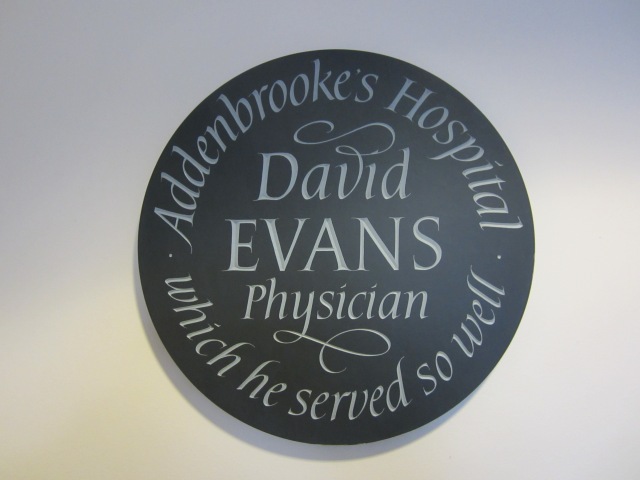