Last year Addenbrooke’s Hospital celebrated its 250th anniversary and as part of the celebrations we decided to develop a new museum space at the Hospital and also to run a series of associated community engagement events around the hospital archives through the year.

I hold a large and significant collection of instruments and artefacts, but they are stored off site with very limited access to them.  So the idea was formed to display some of these items within the hospital. The location for the museum is on the Level 2 corridor between the concourse and Rosie Hospital.

As the corridor is very busy and visitors would be approaching from both directions we decided to make the cases and graphic boards theme based: maternity, nursing, medicine, surgery, pharmacy, legacies and World War 1. The location of the cases is permanent but I plan to change the contents over the next 3-4 years.

With the help of Addenbrooke’s Arts, we obtained funding of over £100,000 for the project from Addenbrooke’s Charitable Trust (ACT) and The Heritage Lottery Fund.

To raise awareness of the Archives we planned a series of workshops involving two primary schools, a Young Carers Group and a Dementia Support Group. With the help of Cambridge Curiosity and Imagination, we have been able to explore aspects of the hospital’s history and to develop responses to the Archive with these groups. You can see details of the workshops here: (http://www.cambridgecandi.org.uk/projects/reimagine/animating-the-archives)

I was really excited that I would be able to bring some of the material I hold from the depths of the hospital and show it off, but it was a lot of hard work and I was thankful for the help I received from various colleagues.  It has been a success as I have had a great reaction from staff and visitors and now give tours of the museum and archives and also receive additional deposits of material. 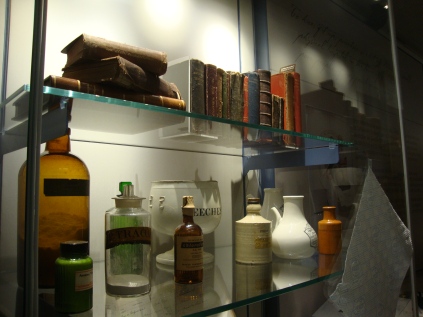